​On September 11, 2018, BT Bautechnik organized an inauguration event in Aichach in order to present its new injection moulding machine and its new mixing tower. Together with Gabriel Spruijt and the senior management of PPS, a celebratory event and a Bavarian lunch with all employees was organized at its factory. Both investments, which in total amount to approximately 2 million euros, represent a new milestone for our German subsidiary, which specializes in PVC and PP sewage fittings.

“Both investments will enable BT Bautechnik to improve its production capacity and its competitive position. I would like to thank all of the employees involved in these two projects; without their commitment we would not have reached this milestone for BT Bautechnik. Obviously both investments will require a bit of fine tuning until everything runs perfectly but we will make it work!" 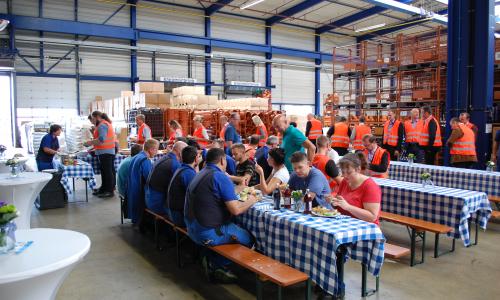